“The liberal world order and its challengers” - Schlangenbad Talks, April 27-29 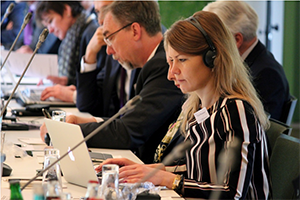 2017 will be the 20th anniversary of the Schlangenbad Talks which will take place from April 27-29 at Jagdschloss Kranichstein. This year’s guiding theme will be “The liberal world order and its challengers”.

High ranking participants from government, the military and the private sector as well as academics and journalists will not only discuss the actual crisis of the liberal world order but also continuity and change of the German-Russian relations.

The Schlangenbad Talks are a series of German-Russian bilateral conferences that address current issues in foreign policy and security. They are jointly organized by PRIF and the Moscow office of the Friedrich Ebert Foundation.

Participation is granted by invitation only.