Presentation of the Peace Report with Matthias Dembinski in Brussels 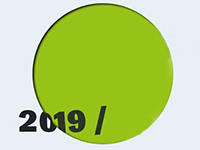 Cover of the Peace Report 2019

United in diversity is the motto of the European Union. But the tension between maintaining the unity among EU Member States at one hand and the aim for progress and even more ambition in the European Foreign, Security and Defence Policy becomes more and more obvious: In Foreign Affairs the EU pursues a policy of the smallest common denominator of EU Member States´ interests. Discussions to overcome this by the abolition of unanimity in the Council are still on the political agenda but real progress is not in sight. PESCO, praised as a milestone, was considered overly inclusive by the French government and was rapidly supplemented by the more ambitious French-led European Intervention Initiative. While some complain that the European Defence Fund (EDF) is too light weighted to have a real impact, others condemn the fund as an expression of the “militarisation of the EU”. And there are other issues: As pointed out by the report of the French Senate from July 2019, the questions of divergent and diametrically opposed views on arms export and their control among EU partners remain untouched by the EDF.

During the last months alone, the EU had to cope with the US trade war, the slow collapse of the Nuclear Deal with the Iran and the end of the INF Treaty. The need for an effective European Foreign and Security Policy is evident and there is a sense of urgency. Thus, Charles Michel, the designated President of the European Council, said that the EU must „act bold and confidently“ to defend its interest and values and should play a leading role on global stage. But how to be progressive without being exclusive? How to deal with different approaches, strategic cultures and the highly divergent interests of the Member States? Will the different initiatives within and outside the EU forge a new dynamic or split the energy without any result?

With the new European Parliament, the incoming European Commission including a new DG for Defence Industry and Space, a new High Representative and President of the European Council it is a pivotal moment to discuss these challenges and possible solutions ahead for the next legislative period with the following experts, inter alia:

The Conference will be held in English.

The Peace Report is the joint yearly publication of the four leading Institutes of Peace and Conflict Research in Germany, focusing this year on “the crisis of global institutions and treaties“. Against the background of this crisis, the authors of the Peace Report argue that while protecting existing rules and institutions, new rules, processes and partnerships for securing peace must be promoted as challenges change.