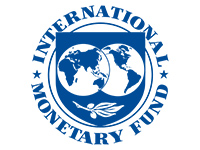 Logo of the International Monetary Fund

This PRIF Working Paper by Jonas Wolff reviews and discusses the scholarship on the political economy of macroeconomic stabilization and neoliberal structural adjustment, focusing on Latin American experiences during the 1980s and early 1990s.

It discusses controversies, arguments and findings on a couple of key issues: the role of regime type (democratic versus authoritarian) for the adoption and implementation of economic reforms; the interplay of economic reform struggles and processes of political transformation; the relevance of inter­national forces and factors; the role of domestic structures and actors; the dynamics of international negotiations over economic reforms; as well as the causes, characteristics and consequences of “IMF riots” and “austerity protests”.

The aim of the paper is not to present a coherent set of findings but rather to give an overview of a literature that has produced a diverse range of insights, ideas and open questions that are helpful to take into con­sideration when studying contemporary dynamics of economic reform struggles.

Wolff, Jonas (2020): What Do We Know about Struggles over Neoliberal Reforms? The Political Economy and the Contentious Politics of Stabilization and Structural Adjustment in Latin America and beyond, PRIF Working Papers No. 51, Frankfurt/M.