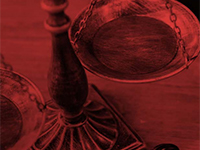 The digital space played a central role in the radicali­sation processes of many perpe­trators of past attacks: extremists including Anis Amri (Berlin, Germany), Brenton Tarrant (Christchurch, New Zealand) and Stephan Balliet (Halle, Germany) took ad­vantage of social media platforms not only to gather and distri­bute infor­mation, and to network and stage, but also to ex­change ideas with like‑minded people and some­times even to share an attack live for thousands of viewers. It is through this com­munication by radical or extremist actors that we can learn much about the radicali­sation processes that take place in the virtual world. The content and its presen­tation, as well as the way in which these actors com­municate, are of central impor­tance in that regard and can serve as a back­ground against which to develop the most appropriate preven­tative and demo­bilising measures.

In the context of this research field, data ret­rieved from social media naturally has become increasingly important. This is exemp­lified by nume­rous scientific pub­lications based on data from social media: for instance, Facebook, Twitter, YouTube and Instagram. An extremely large pool of data can now be accessed and used to develop and test hypo­theses. These oppor­tunities go hand in hand with limitations and pitfalls. This relates to poten­tial ethical and data pro­tection require­ments, which certainly provide challen­ges for re­searchers but also many oppor­tunities. While trans­parency and the guideline “maximising benefits and minimising harm” are essential throug­hout the entire research process, there are further principles and guidelines that need to be considered.

In the first two sections, Manjana Sold and Julian Junk summarise some key ethical conside­rations that a research process in this academic field should include and provide insights into the main data pro­tection principles to be ob­served. They then highlight the oppor­tunities available to and balan­cing acts required of re­searchers in this regard. In the third section, the authors discuss the interplay between re­searchers, data sources and policies of platforms, and give some key recommen­dations.

PRIF is the European core partner for the Global Network on Extremism and Technology (GNET), the academic research arm of the Global Internet Forum to Counter Terrorism (GIFCT). GNET started its work in summer 2020 and aims to better under­stand the ways in which extremists use tech­nology. Its goal is to promote rigorous academic research which produces policy-relevant outputs aimed at guarding against real world harms.

The Inter­national Centre for the Study of Radicalisation (ICSR), based at King’s College London, convenes the initiative and its global network of scholars. Besides ICSR and PRIF, the core members of GNET are the Program on Extremism (PoE; George Washington University, Washington, D.C., USA), the Centre of Excellence for National Security (CENS; S. Rajaratnam School of International Studies, Singapore), and the Lowy Institute (LI; Sydney, Australia).