A new edited volume by L. Brock and H. Simon analyzes the justifications of war from early modernity to the present day 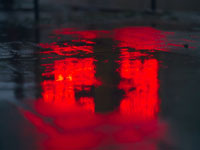 The history of war is also a history of its justifi­cation. The contri­butions to the volume „The Justifi­cation of War and Inter­national Order. From Past to Present“ argue that justifi­cation rarely happens as empty propa­ganda. While it is directed at mobilizing support and reducing resistance, it is not purely instrumental. Rather, the justifi­cation of force is part of an incessant struggle over what is to count as justifiable behaviour in a given historical constella­tion of power, interests, and norms. This way, the justifi­cation of specific wars interacts with inter­national order as a normative frame of reference for dealing with conflict. The justifi­cation of war shapes this order, and is being shaped by it.
With contri­butions from Inter­national Law, History, and Inter­national Relations, and from Western and non-Western perspectives, this book offers a collection of texts exploring the conti­nuities and changes in war discourses as they respond to and shape normative orders from early modern times to the present. In addition to the two editors (and co-authors),  other current and former PRIF researchers are involved in the volume: Christopher Daase, Nicole Deitelhoff, Anna Geis, Beate Jahn, Thilo Marauhn, Gabi Schlag und Wolfgang Wagner.

The volume is published in “The History and Theory of Inter­national Law”-Series of Oxford University Press and is now available.

It is edited by Lothar Brock and Hendrik Simon. Lothar Brock is Senior Professor at Goethe University Frankfurt as well as Associate Researcher at PRIF. Hendrik Simon is an Associate Researcher at PRIF as well as Lecturer at Goethe University Frankfurt. Both scholars conduct research on the nexus of peace and law in the inter­national system, among other topics.