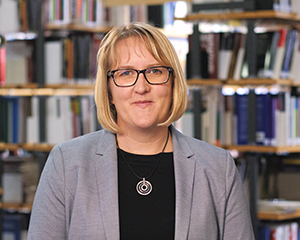 Melanie Coni-Zimmer has been reappointed to the Federal Govern­­ment’s Advisory Board on Civilian Crisis Prevention and Peace­­building. She has been a member of the Advisory Board since 2015. Together with Ginger Schmitz (Plattform Zivile Konflikt­bearbeitung), she has coordinated the Advisory Board’s project on peace policy coherence within Germany’s Africa policy over the past four years and has been involved in the project on gender, peace and security.

“I am pleased to be able to continue to accompany the work of the Advisory Board for PRIF,” said Coni-Zimmer. “Triggered by the Ukraine war, there are currently far-reaching debates about the future direction of German foreign, peace and security policy, to which PRIF can and intends to make important contri­butions in the Advisory Board.”

The Advisory Board brings together civil society and academic expertise on crisis prevention and peace­building and advises the German govern­ment on these topics. It is composed of twenty members from the fields of inter­national cooperation, academia, foundations and non-governmental organi­zations. The Advisory Board accompanies the imple­mentation of the guidelines “Preventing Crises, Resolving Conflicts, Building Peace”, adopted by the German govern­ment in 2017. The members are each appointed for a period of four years.