New PRIF Working Paper on pitfalls and problems of the SSR by Paul Chambers and Napisa Waitoolkiat. 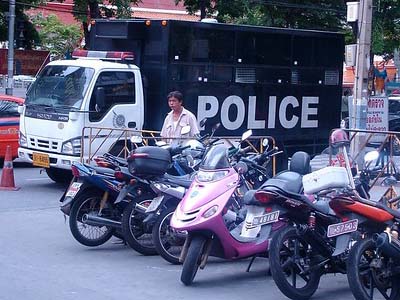 Despite the 2019 general election, Thailand remains an autocracy dominated by the military and the monarchy. Before and after the 2014 military coup that stifled the country's fragile democratization, the state implemented a series of security sector reforms (SSR) at the national and regional levels.
In their new PRIF Working Paper, “Thailand’s Security Sector ‘Deform’ and ‘Reform’”, Dr. Paul Chambers and Dr. Napisa Waitoolkiat analyze the pitfalls and contradictory practices in the Thai government's implementation of SSR policies. For example, they show that on the one hand, the military is used at the national level to consolidate the autocratic rule of the regime.
On the other hand, a more progressive policy by international SSR standards can be discerned at the regional level, as in the ongoing violent conflict in the southern provinces, negotiations with insurgents have been maintained and abuses by the military have been reduced. In their analysis of these contradictory dynamics, the authors examine in particular the causes and interactions of SSR policies at the national and regional levels.