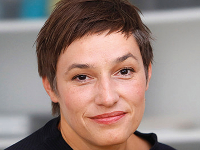 A press conference with Federal Research Minister Anja Karliczek on May 28 gave the kick-off for the Forschungsinstitut Gesellschaftlicher Zusammenhalt (Research Institute for Social Cohesion, FGZ), which started its work on June 1.

The FGZ is an association of eleven university and research institutes located in ten different federal states, and thus also focuses on the regional diversity of social cohesion in Germany. Together, more than 100 scientists and scholars from many different disciplines will use empirical studies and large-scale comparisons to develop practice-relevant recommendations that will help to meet contemporary social challenges. The Federal Ministry of Education and Research has decided to fund the FGZ for an initial period of four years.

Prof Nicole Deitelhoff, executive director of PRIF, is one of three spokespersons of the FGZ and heads the institute's Frankfurt office. The interdisciplinary team of the Frankfurt office investigates how the pluralization of modern societies affects questions of cohesion and how conflicts can be shaped in such a way that they stabilize democratic cohesion, rather than weaken it. At the same time, the ambivalences of the concept of "cohesion" are reflected upon.

Referring to the current situation for social cohesion in the face of the Covid-19 crisis, Nicole Deitelhoff says:

"The corona pandemic and the measures to cope with it have created challenges in which cultural, social, political, economic and legal issues are interlinked, all of which require a broad, interdisciplinary analysis and commentary - especially for the issues of social cohesion. There are alternative paths and decision-making options even in times of crisis, even if the public crisis discourse often conveys the opposite. This requires open debate and the awareness of science's responsibility to provide the best possible support for political decisions in times of crisis. With its multifaceted interdisciplinary perspective, our network will make an important contribution to this in research and in knowledge transfer."

Further information on the Research Institute for Social Cohesion (FGZ), in German