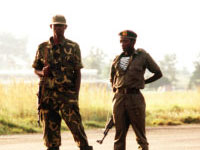 The literature on "rebel governance" (RG), which has been growing rapidly in recent years, examines internal dynamics in civil wars in which rebels take control of parts of a territory, regulate civil life, and provide social, political, and economic goods. At the online workshop "Fractures and Continuities of Changing Rule in (Post-)­Conflict Settings," participants discussed the fractures and continuities of rule systems in such contexts. In doing so, many started with the RG literature, but then often went beyond it. The workshop brought together experts on several world regions and (post-)­conflict zones. Almost all of the papers presented were based on field research in areas that are sometimes difficult to access. For example, authors presented studies on rebel groups in the Central African Republic, the Ta'ang rebel movements in Myanmar, the Islamic State, and several others. The contributions aimed to critically examine and break down rigid approaches and theoretical presup­positions so that a more nuanced engage­ment with (post-)­conflict contexts becomes possible. Orders of rule thus emerge as multi­dimensional, complex, and mutable phenomena that can be read from different theoretical positions and are further embedded trans­nationally. Concept­ualizations of recognition, power, legitimacy, and coercion as well as of their respective inter­connections thus also come to the fore.
The workshop was organized by Regine Schwab and Hanna Pfeifer who cooperate in the context of the research group "terrorism". The summary of the workshop with a short overview of all contri­butions can be found here.