To this day, cultural genocide is not covered by the UN Genocide Convention, nor is it codified as a crime in international law. The authors offer a look at the genesis of the convention and show that the political interests of former colonial powers are largely to blame for this regulatory gap. Taking as an example the cultural genocide committed against Indigenous peoples in Canada, Mannitz and Drews demonstrate how such interests obstruct not only claims for reparations but also the development of societal discourse and debates that could serve to process historical injustice and present-day conflicts. 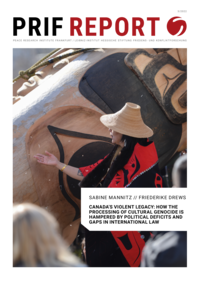