The present study investigates provincial politics in Pampanga, an economically highly developed province in the Philippines. The local mode of domination closely resembles practices employed by the classical Mafia of Sicily and Calabria. “Mafia” in this report does not refer to criminal organization but to how a territory and its population is dominated. The analyses of the economic foundations of domination as well as the respective roles of patronage, violence and extralegal practices reveal the similarity of the classical model to the Philippine case. The study shows that electoral democracy may provide an ideal setting for Mafia-style domination. 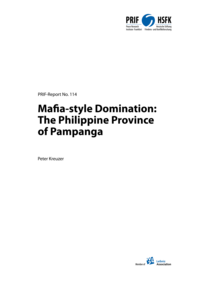