With the illegal Russian annexation of the Ukrainian peninsula of Crimea and the destabilisation of eastern Ukraine in 2014, the previous cooperative European security order has broken down. This has led to a new confrontation with Russia, and the danger of a renewed arms race between NATO and Russia is increasing. In parallel, the existing conventional arms control regimes are at risk of further deterioriation. Hans-Joachim Schmidt addresses the various structural problems at the political and military level and discusses what steps could be undertaken in the short, medium and long term.

Schmidt, Hans-Joachim (2017): A Fresh Start of Conventional Arms Control in Europe Will Face Many Structural Problems, PRIF Report No. 151, Frankfurt/M. 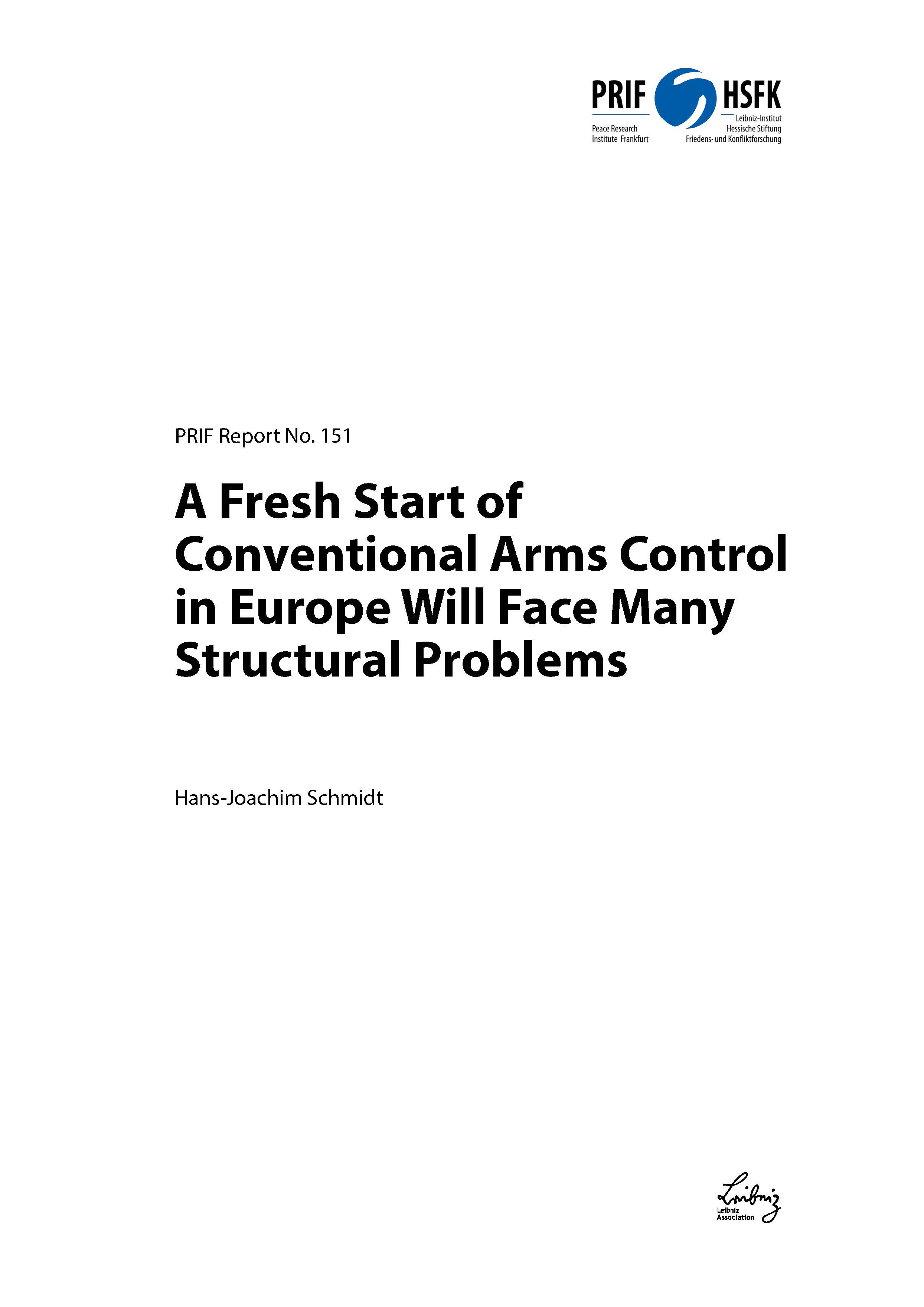