Serbia’s democracy celebrated its tenth anniversary in October 2010. Filip Ejdus takes this jubilee as an opportunity to consider the level of democratization achieved. For this purpose he studies the extent to which the process of democratic reform has influenced security sector governance as this is the key to the consolidation of democracy. He specifies the factors that have hampered democratic development, appreciates the achievements and names the remaining challenges. He concludes that there is still a lot to be done. Although the formal mechanisms of democratic security sector governance are largely in place, consolidation is still inadequate in practice. 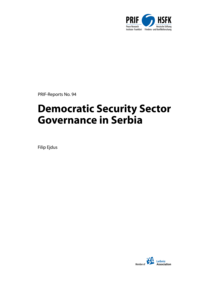