Elections can contribute to peacebuilding by ensuring the representation of formerly excluded groups in parliament. When hurried and poorly designed, however, elections can also threaten the precarious peace in divided countries. This study focuses on the three main features of electoral design that crucially influence the success or failure of elections in conflict-prone divided societies: timing and sequencing, electoral administration, and electoral systems. It goes beyond purely scholarly debates and translates the general insights into specific policy recommendations for the parliamentary elections scheduled for 2015 in South Sudan; the first elections since the country torn by ethnopolitical conflict gained independence in 2011. 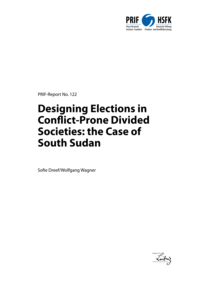