Since the election of Rodrigo Duterte as president, the Philippines have been engulfed in a vicious campaign against drug-related crime. More than 1,500 suspects have been killed by police officers in so-called legitimate encounters. An analysis of past patterns of killings by police shows that there are widespread, if less conspicuous, antecedents to the current spate of police-perpetrated vigilante justice. In the past and now, the differences between provinces and regions are attributable to the attitudes of officials in power at the local level. The pressure exerted on local officials by the current national administration reduces their options for resisting the invitation to carry out acts of vigilante justice. The current patterns of strongman rule also exhibit disturbing similarities to the ones used by Ferdinand Marcos before the declaration of martial law in 1972 (and should be seen as an ominous portent of what lies ahead).

Kreuzer, Peter (2016): "If they resist, kill them all": Police Vigilantism in the Philippines, PRIF Report No. 142, Frankfurt/M. 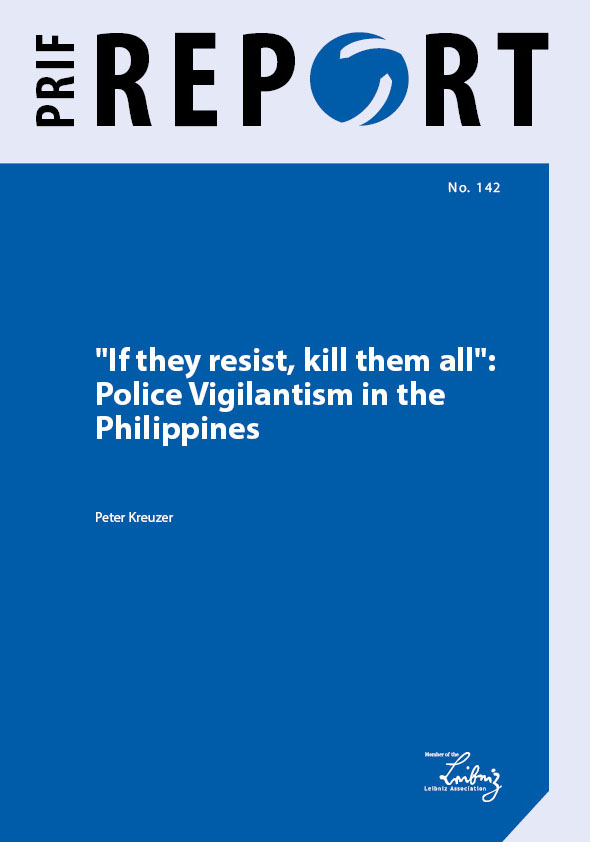