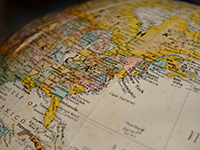 Over the past four years, longstanding norms of liberal democracy have been thrown into question in the United States. The current administration has looked askance at state institutions. International treaties and commitments have come under harsh review; some of them have been discarded. Moreover, the very legitimacy of democratic elections has been thrown into doubt. As political elites have polarized electoral politics, the American people have become more divided than they have been since Reconstruction. Perhaps the only thing they agree on: American democracy is in crisis.

Given this domestic political turmoil, the future of the transatlantic partnership can no longer be taken for granted. And yet it is hard to imagine a strong international alliance of defenders of liberal democracy without a robust working relationship between Europe and the US. Indeed, the 2020 US Presidential election will prove to be a watershed moment for both American democracy and transatlantic relations.

Against this backdrop, transatlantic policy experts will discuss the European–American partnership in light of the 2020 US elections: Daniel Benjamin, president of the American Academy in Berlin; Nicole Deitelhoff, professor of international relations at Goethe-University Frankfurt and director of the Peace Research Institute Frankfurt; and Jürgen Trittin MP, member of the Committee on Foreign Affairs in the German Parliament. Their virtual discussion will be moderated by Rebecca Schmidt, managing director of the Research Center Normative Orders at Goethe-University Frankfurt.

The American Academy in Berlin, the German Atlantic Association, and the Goethe-University Frankfurt, in conjunction with its Research Center Normative Orders, cordially invite you to take part in this one-hour Zoom event, which will be held in English and will be followed by an open Q&A. The evening’s program is organized by Berit Ebert, Head of Programs and Development at the American Academy, Elisabet Tsirkinidou, Head of Office of the German Atlantic Association Berlin, and Johannes Völz, Heisenberg-Professor of American Studies at Goethe-University Frankfurt.

When? Tuesday, October 27th, 7 p.m.
Where? The lecture will take place on Zoom. To register and for more information, please visit the website of the American Academy in Berlin.