In the new PRIF Report, Thorsten Gromes looks at the obstacles that can stand in the way of successful peace negotiations 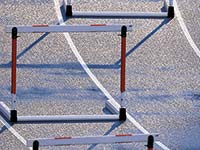 In many civil wars there are efforts to persuade the parties involved to end the violence by mutual agreement. Peace negotiations often drag on for many rounds until an end to the war is negotiated, and in most cases they fail completely.

In the PRIF Report, Thorsten Gromes gives an overview of the various obstacles on the way to peace agreements. He illustrates these with the example of the wars during and after the disintegration of Yugoslavia. The obstacles described also make it difficult to achieve peace in current wars.