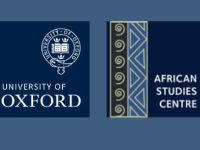 Since the begin­nings of inde­pendence, a number of African nations have been plagued by repeated coup d'états. Within the African Union (AU), there has been a concerted effort to break this cycle through the official adoption of an ‘anti-coup norm’, by which the AU is mandated to suspend a member state and restore consti­tutional order following a coup. Sup­porters of this stance see it as streng­thening democracy in Africa, while critics argue that it has served to prop up existing regimes. But there has been little analysis of what the AU’s attempts to ‘restore consti­tutional order’ have meant for indi­vidual African states.

The African Union and Post-Coup Intervention in Madagascar

Members of the African Studies Centre's mailing list will automatically receive the event link by email. To join any seminar please email brenda.mccollum @kellogg.ox.ac .uk to be added to the mailing list. Further information.