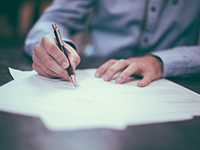 On March 31 and April 1, 2021, the DVPW Work­ing Group "Violence Orders" will organize the work­shop "Frac­tures and Conti­nuities of Changing Rule in (Post-)Conflict Settings" together with PRIF in Frankfurt/Main and online. Sub­missions for this work­shop are kindly encouraged.

In recent years, conflict research has started to question the concep­tual separation of state and non-state actors (NSAs). In this context, concepts such as "twilight institutions" and "nego­tiation of statehood" have emerged which allow for a rapproche­ment between research on non-state armed groups and state actors. So far, the main focus here has been on the synchro­nous investi­gation of hybrid rule in one area.

However, empirical research is still largely organized along the dividing line of rebel groups and state actors. Moreover, there is no diachronic analysis of hybrid rule. In the work­shop, we will analyze institu­tions, their practices and dis­courses under the control of rebel groups vs. state actors from a compara­tive perspec­tive. We are parti­cularly in­terested in ruptures and conti­nuities under the conditions of chan­ging rule in (post-)conflict contexts. One focus is on the structure and functions of these institu­tions, another on the expe­riences of the local population.

What insti­tutions do rebel groups take over after they have taken control of an area and which ones do they build from scratch? Which insti­tutions are merely 'reformed', but remain in their structural set-up? How, on the other hand, is the dealing with these institu­tions linked to strate­gies towards the local popu­lation, and what are the conse­quences for the legitimacy of actors and institutions? What role does the respective ideology of actors play? And what are the similarities and differen­ces between diffe­rent regional conflict contexts?

On the other hand, we ask how state actors (or NSAs that have become state-like actors) deal with institu­tions that were previously under the control of rebel groups. While a radical break with these institu­tions seems plau­sible, a partial takeover, similar to that of non-state actors, is also concei­vable. How do rulers attempt to (re)establish the local popu­lation’s ties to the state or to exclude them through these institu­tions?

A third area is the expe­rience of the local popu­lation that under­goes different systems of rule or mixed forms. How do people in these areas perceive parallels and diffe­rences bet­ween state and non-state rulers? To what institu­tions do they still ascribe political authority and how are experien­ces with different systems of rule processed bio­graphically and in everyday life?

How to submit papers

We invite all intere­sted resear­chers to send short abstracts (approx. 300 words) related to these questions to Regine Schwab (schwab@hsfk.de) by 4.12.2020. English and German contri­butions on recent phenomena as well as historical studies are welcome. Before the work­shop in March/April 2021, the conference contributions should be cir­culated as written sketches (approx. 5000 words). We are planning to publish the contri­butions in a special issue of a journal.