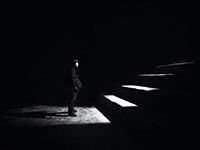 All contributions share a broad understanding of the contested concept of radicalization while accentuating the concept to fit its specific topic. This broad perspective is elaborated in the first contribution (Abay Gaspar et al.) in a manner that does justice to both the processual logic of the term and the span from non-violent to violent types. The spectrum of the following six contribution ranges from the individual (Pisoiu et al.) and the collective level radicalization (Meiering et al.), radicalization of whole societies and its link to polarization (Herschinger et al.); as well as deradicalization and prevention (Baaken et al.), the online dimension of radicalization and extremism (Winter et al.), and evaluation of preventive measures (Armborst et al.). The seven articles are accompanied by two international commentaries, that discuss their findings and draw connections.

To the Special Issue