Peter Kreuzer analyzes the influence of local politics on Duterte's war on drugs in the Philippines. 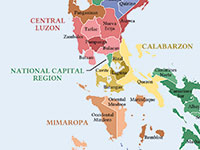 Peter Kreuzer shows in his PRIF Report "Governors and Mayors in the Philippines. Resistance to or Support for Duterte's Deadly War on Drugs" that local government makes a big difference. Local governments with leaders who had made public safety a key component of their political agenda even before Duterte took office used established practices and good contacts with the local police to neutralize central government directives. By contrast, heads of government who had left the politically unprofitable issue of public security to the police tolerated or supported the escalatory dynamics emanating from the political center. How these dynamics developed in practice is illustrated by an analysis of seven local government units.

Download (1,62 MB): Kreuzer, Peter (2020): Governors and Mayors in the Philippines. Resistance to or Support for Duterte's Deadly War on Drugs, PRIF Report 5/2020, Frankfurt/M.