Former PRIF director receives Order of Merit (“Verdienstkreuz am Bande”) on May 3, 2022. 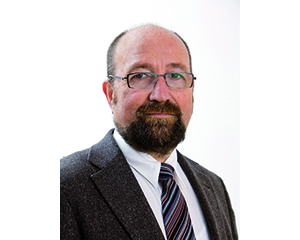 Harald Müller, Director of the Peace Research Institute Frankfurt from 1996 to 2015, will be awarded the Order of Merit of the Federal Republic of Germany (“Verdienst­kreuz am Bande”) on May 3, 2022. Susanne Baumann, Secretary of State at the Federal Foreign Office, will hand over the order, which was awarded by Federal President Frank-Walter Stein­meier.

“As director for many years, Harald Müller played a key role in establishing and shaping the Peace Research Institute Frankfurt (PRIF). It was to his great credit that PRIF was brought into the Leibniz Asso­ciation in 2009 and thus established as a leading peace research institute in Germany. It was always his concern not to conduct peace research as art pour l'art, but to anchor it in society and to address the central challenges for peace policy. In particular, his research on nuclear disarmament and dis­armament efforts and his commit­ment in this area have proven to be groundbreaking. I am very pleased that his commit­ment to peace is now being honored with the Order of Merit of the Federal Republic of Germany”, said PRIF Director Prof Dr Nicole Deitelhoff on the occasion of the award.

During his time as director of PRIF, Harald Müller provided important impul­ses for the direction of the institute. In particular, through the research programs “Antinomies of Democratic Peace” and “Just Peace Governance”, he has helped PRIF to make a name for itself on the inter­national stage. He has led PRIF into the Leibniz Association and thus won German peace research a seat and a voice in the round of designated institutes of excellence.

Harald Müller has lived the Leibniz Association's motto "theory with practice" in his own career. He has been active in an advisory capacity in arms control policy since 1987, and was a member of the German delegation to review conferences of the Nuclear Non-Pro­liferation Treaty five times between 1995 and 2015. He advised the United Nations Secretary-General as the German repre­sentative to the Committee on Dis­armament from 2009 to 2005, and from 2010 to 2014 served as Vice President of the EU Dis­armament and Non-Proliferation Consor­tium, the advisory institution of the EU External Action Service, which he co-founded.

From 1999 until his retire­ment in 2016, Harald Müller taught as professor of political science with a focus on inter­national relations/peace and conflict studies at Goethe University Frankfurt. He was awarded its Medal of Honor in 2017. In 2013, he received the Wilhelm Leuschner Medal of the State of Hesse. In 2019, he was awarded the Thérèse Delpech Prize of the Carnegie Endow­ment for Inter­national Peace. Since 2019, he has been a Senior Fellow and Supervisor at the Peace Research Center Prague at Charles University in Prague.