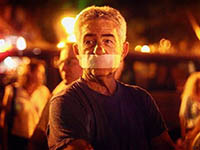 Rule and resistance can no longer be under­stood in national contexts only. They both have trans­nationalised over the last decades. The scholarly dis­course, how­ever, still lags behind these develop­ments. While Inter­national Relations only sees institutional “gover­nance”, social movement studies only see instances of resistance. Both, however, lack the necessary vocabulary to describe the dy­namic interplay between sys­tems of rule and resis­tance. While we are governed by trans­national structures of rule, a syste­matic analysis of how this operates and how it can be resis­ted remains to be developed.

This book develops an under­standing of these power relations through rich empirical case studies of different forms of rule-resistance relation­ships. Some resistant groups demand reforms of particular policies and insti­tutions. Others attack institutions head-on. Yet other actors attempt to escape the rules they reject. Which forms of resis­tance can we expect under different kinds of rule? How can we understand trans­national rule in the first place? The book gives new inspiring answers to these difficult questions.

The book is edited by Nicole Deitelhoff, Christopher Daase et.al. and published by Rowman & Littlefield International