The level of violence exerted in order to safeguard control and domination is alarmingly high in the Muslim regions of the Southern Philippines. Numerous studies and reports of local politics and society hold the civil war, American colonialism and Philippine internal imperialism responsible for this phenomenon.

Despite fundamental changes of the political and economic framework during previous centuries, these ancient patterns of violence have remained a crucial cornerstone of the power of the ruling elite up to today. Thus, reducing violence will only be possible if reformist Muslims and Muslim researchers face up to their own violent roots.

Peter Kreuzer's investigation shows that current practices can be traced back to former centuries and identified as an essential part of social order and practices of control and domination rooted in pre-Islamic times. 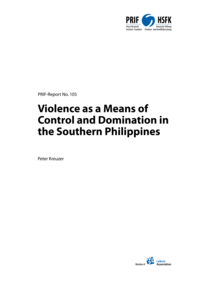